Glaucoma is a condition that causes damage to your eye's optic nerve and gets worse over time. It's often linked to a buildup of pressure inside your eye. Glaucoma tends to be inherited and may not show up until later in life.

The increased pressure, called intraocular pressure, can damage the optic nerve, which transmits images to your brain. If the damage continues, glaucoma can lead to permanent vision loss. Without treatment, glaucoma can cause total permanent blindness within a few years.

Most people with glaucoma have no early symptoms or pain. You need to see your eye doctor regularly so she can diagnose and treat glaucoma before long-term visual loss happens. 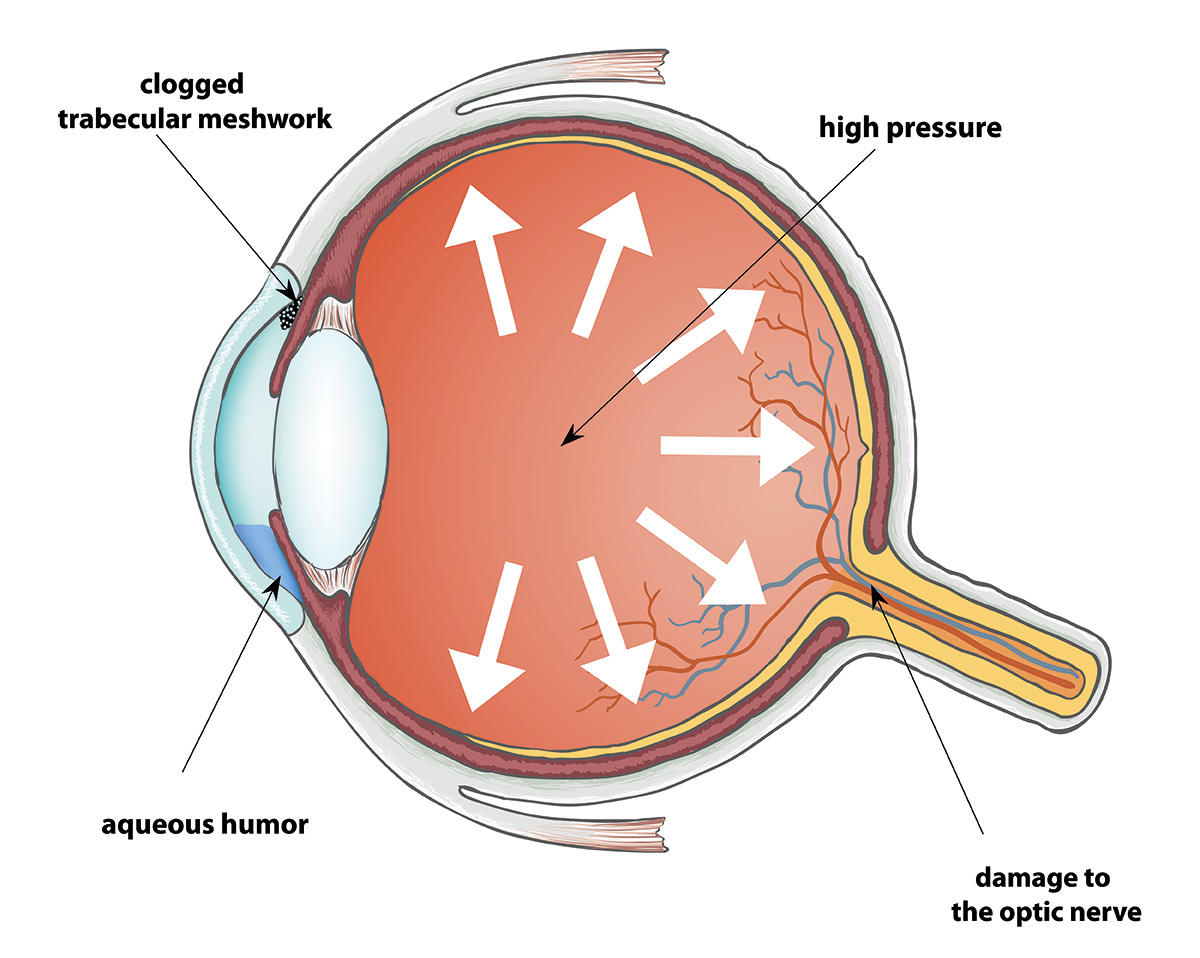 It mostly affects adults over 40, but young adults, children, and even infants can have it. African-Americans tend to get it more often, when they're younger, and with greater vision loss.

You’re more likely to get it if you:

Most people don’t have any. The first sign is often a loss of peripheral, or side, vision. That can go unnoticed until late in the disease. That’s why glaucoma is often called the "sneak thief of vision."

Detecting glaucoma early is one reason you should have a complete exam with an eye specialist every 1 to 2 years. Occasionally, pressure inside the eye can rise to severe levels. In these cases, you may have sudden eye pain, headache, blurred vision, or the appearance of halos around lights.

How is Glaucoma treated?

Your doctor may use prescription eye drops, laser surgery, or microsurgery.

Eye drops. These either reduce the formation of fluid in the eye or increase its outflow. Side effects may include allergies, redness, stinging, blurred vision, and irritated eyes.

Laser surgery. This procedure can slightly increase the flow of the fluid from the eye for people with open-angle glaucoma.

Microsurgery. In an procedure called a trabeculectomy, the doctor creates a new channel to drain the fluid and ease eye pressure.

Your eyes are a living organ, you should get them checked regularly.